Meet the experienced and friendly doctors and staff who make Dr. Gregory L. Bittner the leading provider of vision care products and services in Somerset. 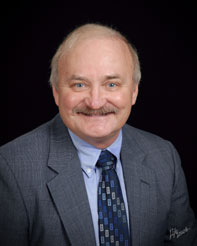 Dr. Bittner graduated from Indiana University of PA with a B.S. in Natural Science. He earned his Doctor of Optometry degree from Southern College of Optometry in Memphis, TN. While in optometry school Dr. Bittner was awarded a Heath Professions Scholarship and spent his first three years of practice as a Lieutenant in the United States Navy. He served at the Philadelphia Naval Hospital where he became Chief of the Optometry Clinic.

He is on the Board of Directors and is a past president of the Somerset Exchange Club.

Dr. Bittner traveled to Haiti in March 2015 with the VOSH (Volunteer Optometric Service to Humanity) organization and provided eye care in remote villages for 1 week.

Dr. Bittner is a Stoystown native. He is a member of his church choir and serves as assistant organist. He enjoys playing in a baseball league and loves to play golf. He is a private pilot.

You can schedule your next appointment with us online!